A multi-media chronicle awakening the past, the now and the future of Hawaii with oli, mele, and hula….. 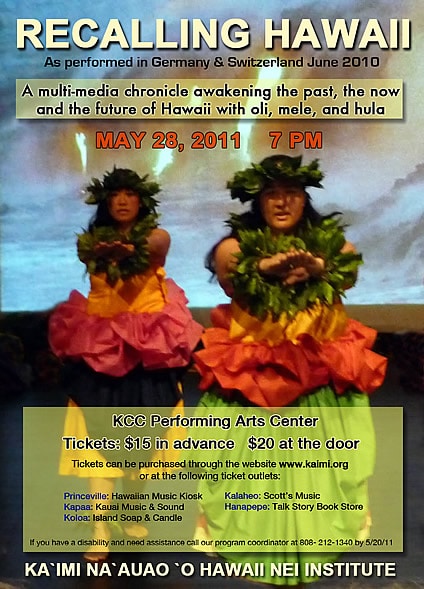 “In the beginning there were no canoes or people in canoes…”

Out of the darkness / Po creates life. Hawaiians describe the geologic evolution as interplay between the goddess Pele represented by fire and lava, and the god Kane, embodied in the many forms of water. 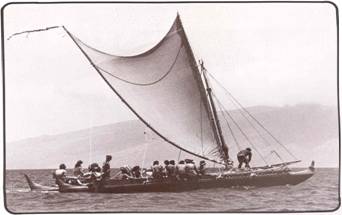 People sail far across the ocean in their canoes to find and cultivate the fertile land. After a long time, other explorers appear from across the sea. The life of the indigenous population changed but the love for their wonderful country remains. The legacy of the royal family lives on with the Hawaiian people until the present time. Today, the dignity and strength of that culture is again valued and honored. 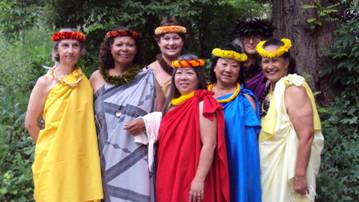 Ka `Imi Na`auao O Hawai`i Nei Institute is a 501 (c)3 educational non-profit organization which wasestablished in 1976 by Kumu Hula Roselle Keli`ihonipua Bailey of Maui  “to search for the truth of the Hawaiian culture; to restore the Hawaiian culture to its original dignity; to educate the populace for its understanding, enjoyment and appreciation of the medicine, art, language, crafts, philosophy and religion of the Hawaiian people….”To achieve this goal, the Institute maintains branches and affiliates in Austria, California, Canada, Germany, Kaua`i, Maui, New Zealand, O`ahu, Samoa, Solomon Islands, Switzerland, and Virginia. It also sponsors and organizes educational programs and projects throughout the world Ka`imi’s Kumu Hula and students have come together from several of these branches to perform in this program.

”Recalling Hawaii” was presented in Germany and Switzerland in June 2010 under the creative direction of Roselle Keliihonipua Bailey.

Tickets  can also be purchased at these ticket outlets: