“It was the best program you ever did!” “…like a Broadway production!” “Chicken skin!” “I cried…” These were some of the comments Ka `Imi members heard from Emalani festival audience members.
Reactions from our dancers, musicians, and flag holders were equally intense. “You all looked so beautiful,” exclaimed one flag bearer. It was true.

Against the meadow’s dazzling green, flags and costumes shone in the sun. Solo dancers in holoku of red, yellow, purple, and pink twinkled like gemstones. Red/green ti leaf skirts swished and flashed. With just enough breeze to give them a lift, the flags’ colorful faces peeked through from behind.

Words alone cannot do justice to the event. Thanks to Jim Di Mora of Kapa`a for allowing us to use his lovely photos so that you can see for yourselves how spectacular we looked.

For the benefit of those who may want to know why we did what we did, we are including the text of the introduction read by faithful Emcee and distinguished kupuna Aletha Kaohi.

Lauded by her contemporaries as equal in character and accomplishment to Britain’s Queen Victoria, Emalani was an internationally known personage. In the 20 years since the Eo, E Emalani i Alaka`i Celebration was established, members of Ka `Imi Na`auao o Hawai`i Nei Institute have striven to honor her intelligence, courage, and aloha by emulation. In so doing, we too have become internationally known. Our efforts to preserve and teach the Hawaiian culture have gained recognition from people on six continents and many islands. We now have branches in Samoa, California, Virginia, Austria, Germany, and Switzerland, as well as associates in Canada, New Zealand, India, and the Solomon Islands, to name a few.

The flags accompanying our performers onto the field represent the homes of our branches and affiliates. Some of these polities have millenia-long histories, others have been formed as recently as 1978. Like this flag array, our program contains both ancient and modern components.

As great-granddaughter of Kamehameha I’s brother Keli`imaika`i, granddaughter of John Young, hanai daughter of Dr. T. C. Rooke, and friend of Queen Victoria, Emma had roots in both Hawaiian and British cultures. Living when Britain was the world’s superpower, she appreciated both the value of modern England’s achievements and the value of Hawai`i’s ancient traditions. We too appreciate the achievements of our ancestors and the best that the 21st century has to offer. The program with which we salute Queen Emma therefore honors the best elements of her era and ours, as well as the timeless qualities of spiritual humanity and Aloha. 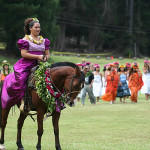 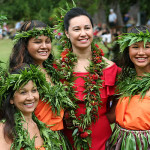 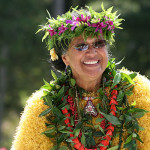 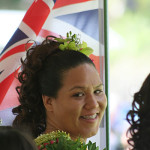 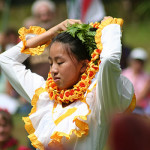 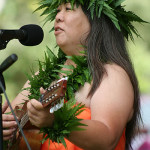 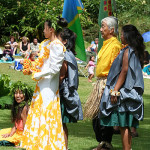 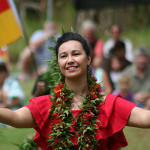 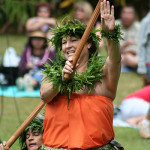 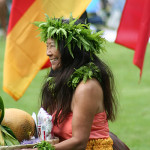 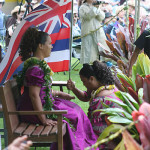 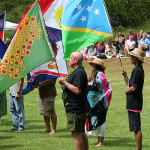 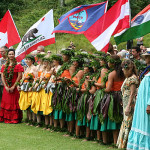 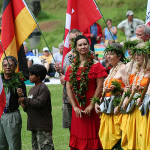